Farming has become the most important job 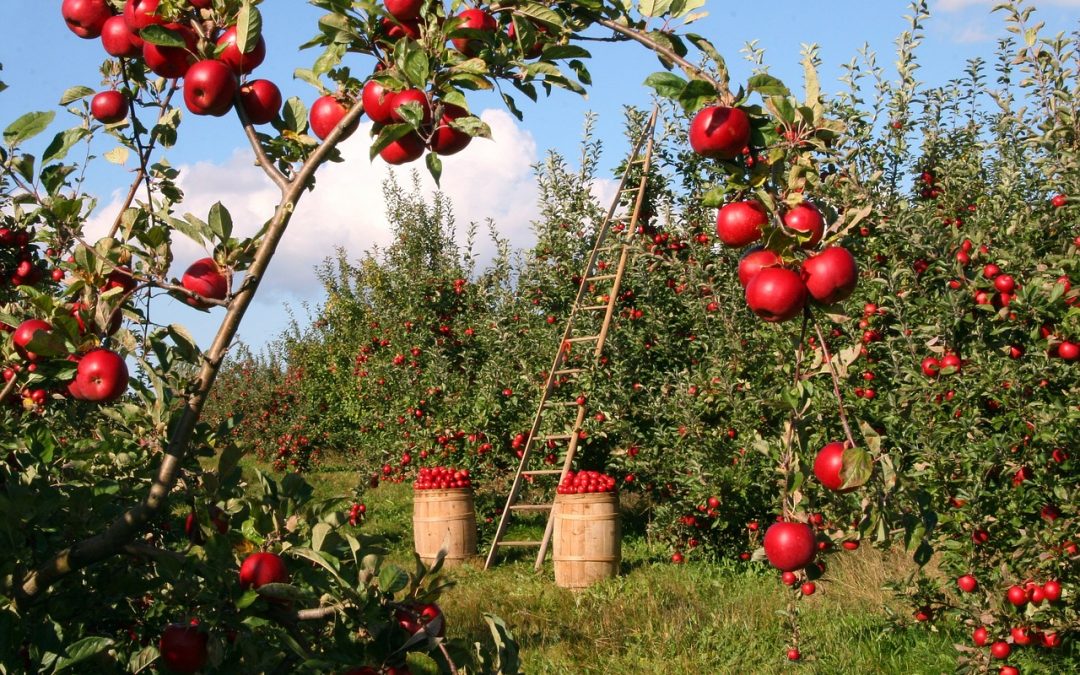 The CO2 narrative is too narrow

Not to downplay the need for limiting the use of fossil fuels (1), there is another story to be told about the causes of extreme weather. Because even if we would stop now to emit CO2 (which is impossible) it would take centuries to take effect. Why? The oceans have buffered a lot of CO2 that they will donate back into the atmosphere when we start to emit less. 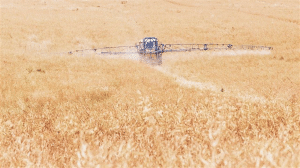 Talking about CO2 by the way – Conventional agriculture is one of the main contributors, it is like burning fossil fuel: Each year, per hectare 5 – 10 tons of carbon is released into the atmosphere.
Reason? reduced soil life because of exposed bare plowed land, and because of the use of bio-cides. Without microbial life, soil loses its’ capacity to retain carbon, let alone sequester it.

And it goes from bad to worse: Without containing carbon a substrate – one cannot call this soil – does not absorb water. The rain runs off, taking minerals with it (Results: drought and erosion on the site, floods elsewhere). Eventually these particles form dust hazes that act as a greenhouse gas as well.

So what is the most expeditious manner to balance the weather?

When CO2 diminishing is too slow to implement, in what other way could we make a buffer against the extremes of weather we are experiencing right now everywhere on the planet? Throwing metal salts and acids out of airplanes to make clouds? (2) I do not think that is a wise way. Many unforeseen consequences there. For one, the fall out makes crops vulnerable for diseases and can have detrimental health effects on humans, like inflammation in the brains of people on the ground who breath the dust and drink the water that gets polluted with extra metals (read: Alzheimers..)

More prudent would be to have a serious look at the force that drives climate for 95%, namely: water as moist in the atmosphere And this we humans are messing with on a grand scale in agriculture. Agricultural methods determine the quality of soil. In soils the water cycle starts and ends, either in a restorative way, or in a disturbed way: When soils lay bare and exposed, they themselves add to global warming: the surface can heat up to 60 degrees Celsius, re-radiating this infrared with a vengeance into the atmosphere where it gets trapped by greenhouse gasses. 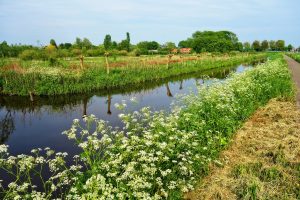 Restorative agriculture is a quick fix for climate problems:

Healthy living soil has growing green plants on her and contains lots of decaying organic matter. She acts like a sponge. This sponge first of all absorbs an enormous amount of carbon. Regenerative agriculture pulls 10 tons of carbon per year per hectare out of the atmosphere.

Secondly the sponge can retain water.  But the hydro-logical role that soils have on this planet was always ignored in the climate debate because of the assumption that humans had no influence on such dominant forces. Now we know we do have influence. Half of the world’s landmass is slowly degrading into barren land by bad management. All those barren micro-climates combined do have impact on global climate stability.

Scientists calculated that it only takes 1/5th of the arable land worldwide (2 billion hectares of land) to manage in a regenerative way to save us from climate extremes.

What happens when we cover the ground with a variety of green dynamically growing plants? (3)

Be it forests or be it (grazed!) grasses and weeds and bushes, anything works:

1. The evaporation of moist from the healthy fields or forests uses calories, having a cooling effect like air-conditioners.
2. The earlier mentioned ‘sponge’ with micro-organisms in the soil builds up..Bacteria from the soil travel up into the atmosphere and become nuclei whereupon water vapor can coagulate into water droplets, hence clouds. Clouds reflect radiation from the sun back into space. Finally they make raindrops, completing the cycle.
3. When UV-light shines on water vapor, it gives off free radicals. These break down methane from fermentation or dung before it can do damage as greenhouse gas.
4. already mentioned: the plants draw carbon out of the air and donate it in the form of sugars and cellulose to the soil organisms

Conclusion: Farming is the most important job of this century!

Regenerative farming is the ONLY thing that fast and efficiently can mitigate the weather extremes in a changing climate, with lasting effect, healthy for biodiversity and ourselves. In that sense, farming has become the most important job on this planet right now, for bad or for good.
The healing of soil usually start to show in one or two growing seasons. Right now only 1% of the incoming sun rays gets trapped in the greenhouse. That is 3 Watts per m2. A healthy soil and growing plants easily will do away with those 3 Watts, like they have done for millions of years, even in times when there was far more CO2 in the atmosphere than the last 100 years. Problem solved!

P.s. what you can do when you are not a farmer: look around you and think of ways to cover with dense plant growth every meter/ foot of bare soil you encounter. This is possible in cities as well. Ask permission to plant more trees in public spaces. Renovate flat roofs with green roof systems. Explain people to not disturb the soil anymore. Protest when parks or side ways are sprayed with herbicides instead of being mowed. We need the microorganisms!

Footnotes
1.Even if you have doubts about (man made) global warming – after all, good independent scientists still take up the debate about CO2 – the use of fossil fuels should be limited because it means pollution, plus greed for it causes many wars

Proc Natl Acad Sci U S A. 2016 Dec 27; 113(52): 14910–14914. Published online 2016 Dec 12. doi:  10.1073/pnas.1615572113
3. Want to get more details about these mechanisms? See lectures of soil biologist and climate scientist Walter Jehne. He is working in a network of around 1000 farmers in Australia.
In this context there is a grand story to be told about well grazed grasslands too. Livestock has an enormous role to play to solve climate change Learn more through our page with videos about solutions.
Shares

This site uses Akismet to reduce spam. Learn how your comment data is processed.

Find on this site